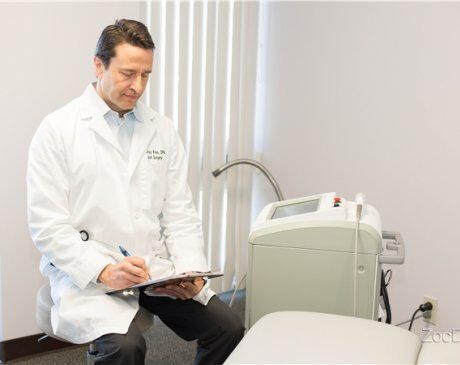 Dr. Kleis is offering treatment with the newest laser technology available for nail fungus. He has worked directly with an international laser company based in California developing and testing one of the most advanced lasers available. Dr. Kleis is involved with the training of doctors throughout the world for the use of laser for treating toenail fungus. He is one of only a few doctors in the United States who has used more than one brand of laser to treat fungal nails.

Training video produced by Cutera, featuring Dr. Kleis, has been used by doctors in Canada, the United States, and Europe for training on the GenesisPlus™ laser for fungal toenails.

WE WOULD LOVE TO HEAR FROM YOU